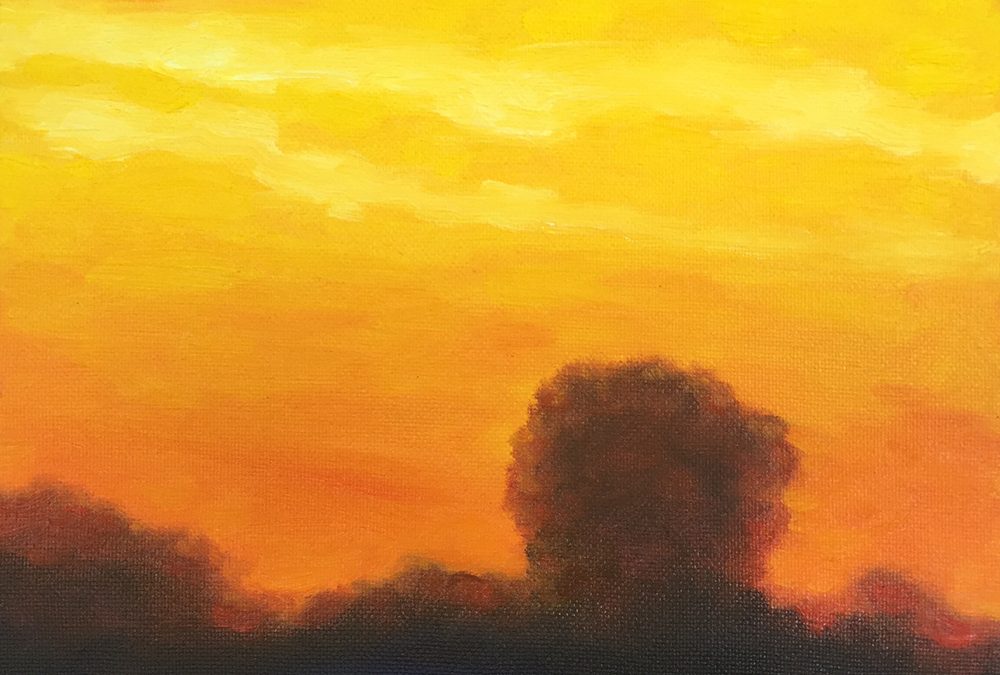 In the past few weeks I’ve been working on several small 8×10 paintings — this series got started back in June when I received a new french easel as a Father’s Day gift from my family. I’ve been getting interested in possibly trying some paintings outside (en plein air), however it’s summer in Phoenix, which isn’t very conducive to doing much of anything outside during the day. So I’ve been doing these small paintings inside in my studio, which I hope will give me some practice for when I do head outside when the weather cools off a bit.

Anyway, back on Father’s Day I promptly set up my new easel and did the painting you see at the top of the page. That painting is of an imaginary landscape, inspired by some sunset photos I’ve taken in the back yard, but the composition is completely made up out of my head. The other paintings in the gallery below are done from photos I’ve taken of Saguaro and Bartlett Lakes here in the Phoenix area, and a photo I took when I was in Hawaii several years ago. I’ve also included photos of all of the paintings (except for the one at the top of the page) on the easel when I finished them.

I will be entering some of these paintings in a gallery show I’ve been included in that opens in a few weeks, I’ll be doing a post about that soon. 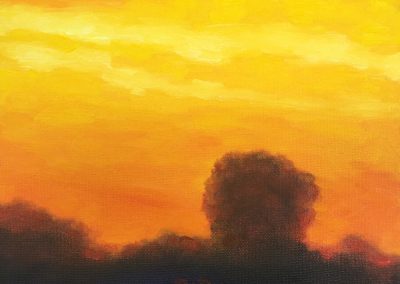 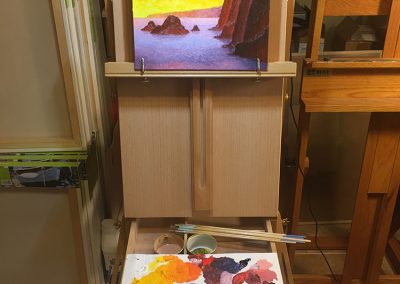 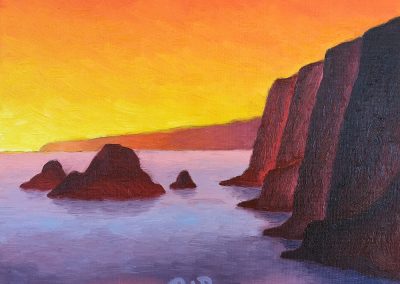 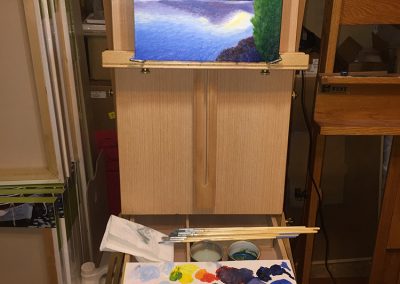 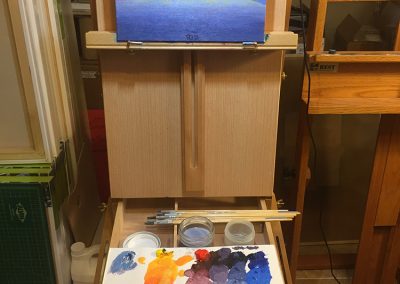 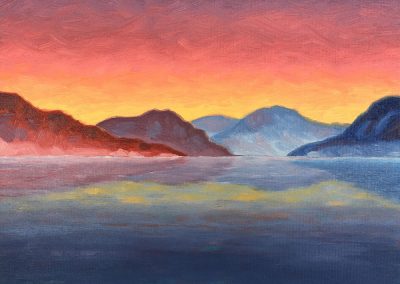 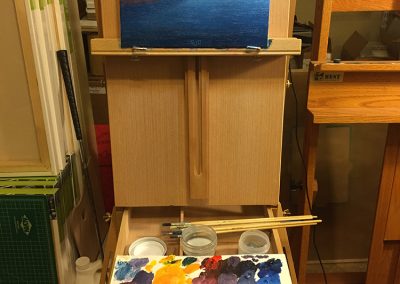 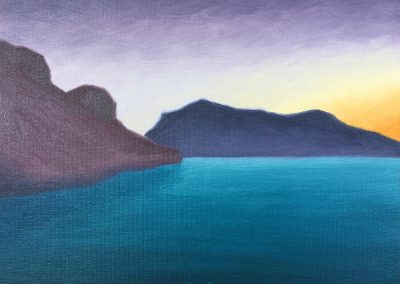